Talk about sticking your foot in your mouth!  We all know NYC has a large Puerto Rican and Dominican influence so for Regis to “slip” as he did…totally not cool.  Honestly though, I don’t think he meant any harm he was just trying a little too hard to be funny – he is a comedian at heart after all!  What do you think? 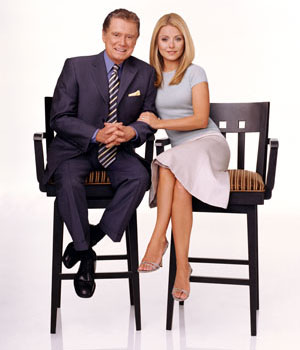 Regis Philbin and Kelly Ripa have apologized on their show to the Dominican community.

A few days ago, Regis insulted Dominicans with THIS COMMENT that was perhaps a Freudian slip, but was not taken lightly by Los Dominicanos and all Latinos alike.

“It was brought to our attention that there was a portion of the show last week that was offensive to the Dominican community. We’ve heard from a lot of people and we’re very sorry that this was hurtful. We apologize and would never want anyone to feel hurt by something that they saw or heard on this show.”

Kelly followed up with:

“We have great respect for the Dominican community, and we would never intentionally say or do anything to offend any of our viewers because we love you.”