THE RHYTHM OF SUCCESS by Emilio Estefan

So in 2010 I promised myself that I would read more. Books that motivate me, encourage me, & inspire me.  I have found one for sure. Not only do I respect this man alot but he is a Latino brother and I like to support my people. 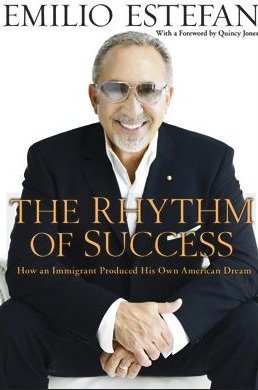 From one of the most dynamic business men in the country…..

Emilio Estefan-husband to singer Gloria Estefan and founder of the Latin pop legend Miami Sound Machine-is the embodiment of the American dream. He came to the United States as a Cuban refugee and went on to become a 19-time GRAMMY(r)-winning producer.

In The Rhythm of Success, he shares his guiding principles that readers will need to start and grow their own business or climb higher on the corporate ladder. He imparts the basics needed for readers to identify their values, believe in their ideas, and establish their own plans for success.

GO GET THIS BOOK!