In this edition of “Throwback” Thursday’s we remember the original “Bad Girls Club” of the 70’s: 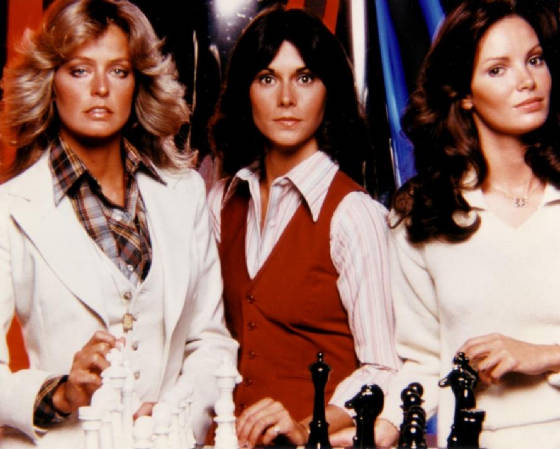 The roles of these sexy and lethal female detectives were played by Farrah Fawcett, Kate Jackson and Jaclyn Smith.  Originally titled “The Alley Cats”, Charlie’s Angles made it’s debut March 21, 1976 to great reviews by viewers and harsh criticism by critics and feminist.  Feminist went as far as calling the show a glorified version of a pimp and his girls.  In my opinion, Charlie’s Angels was the 1st show that really showcased the true identity of a modern woman.  No longer were we depicted at home with an apron on, cooking, cleaning and raising children.  Aaron Spelling did an amazing job at portraying a strong, intelligent yet beautiful and feminine women.  You go Aaron!

So ladies, go out and conquor the world today!!  What ever it is you do or who ever you are it doesn’t matter….. as long as you are the best at it!

The sky’s the limit!